The nation of Kenya is regarded as a bird lover’s heaven with 1154 bird species, 11 being endemic like William’s Lark, Hinde’s Babbler among others and 4 introduced by human. The country is also known for its great wildlife safaris where you will see mammals like the lion, leopard, giraffe, spotted hyena and others. While on these wildlife safaris, you will have the opportunity to see some of these bird species for example; the African Fish Eagle, African Emerald Cuckoo, Bar-tailed Trogon, Dickinson’s Kestrel and many more.However, Kenya offers a variety of birding places with ideal environmental conditions and a suitable geographical context for watching the birdssuch as rift valley areas and hilly areas.

Nairobi National Park, a city park located in the Capital city of Kenya. Here your eyes will land on bird species like Hornbill, the multicolored Red-and-yellow Barbet, not leaving out the flamingos on Lake Magadi and many more. The nature of the park is primarily an open grassy plain with sporadic Acacia bushes and with a large and diverse wildlife population of species like lion, leopard, African buffalo, giraffe, and hippopotamus among others. Throughout the year, Nairobi National Park is a fantastic place to observe birds, but November to April are the greatest months because this is when the migratory from Europe and North Africa arrive. Due to the timing of nesting season, many species are doing so now.

Ruma National Park located in Suba district close to Lake Victoria, the only park in Nyanza province. The park is a home to over 350 bird species including endangered species, vulnerable species and near-threatened species.The most renowned bird species in the area is the uncommon African migrant blue swallow, which is noted for living there. The bird species found in Ruma National Park include; Helmeted Guineafowl, Harlequin Quail, Crested Francolin, European Bee-eater, Meyer’s Parrot, White-bellied Tit and many more.

Amobseli National Park located in Kajido in the southern region of Kenya. The savanna grassland and woodland that cover the park offer the ideal habitats for birdlife and other wildlife. The park provides habitats to over 400species of birds, some will be spotted on the water areas like the Pelicans, King fisher, Egrets as well as some in the grass like the bustard birds among others. The best time for bird watching in Amboseli National Park is during the months of November, December, January, April and May, because around this time are migratory birds.

Especially the rift valley lakes, with features that harbor variety of either land or water bird species. These lakes include;

Lake Nakuru, famously known for having the highest number of flamingo birds in the world. You will find other species like; Greater spotted Eagle, Pallid Harrier, Grey-crested Helmet-shrike and others

Lake Elementaita, a spot known for also flamingo watching along with other birds like; Black Crakes, African Jacanas, Grebes

Other lakes for bird watching include; lake Baringo, Lake Victoria.

·         Kakamega Forest, is an outstanding birding destination covered with a magnificent tropical rainforest that harbors mammals like Bush pigs, Colobus monkey, Pottos and many more. The forest is also a habitat for a variety of bird species like the Blue-headed Bee-eater, Grey Parrot and also the Blue Turaco. The forest has a lot to offer for all bird lovers.

What you need to carry for bird watching.

·         Cameras and extra batteries for taking pictures of the bird species you spot.

·         Boots for hiking as you walk through the forest trails and in mountainous areas.

·         Binoculars to enable you look closely at birds that may be so far like up on the trees.

·         Insect repellant to avoid bites from insects as you go through the forests.

·         A water bottles to take water on breaks after walking some long trails in forests. 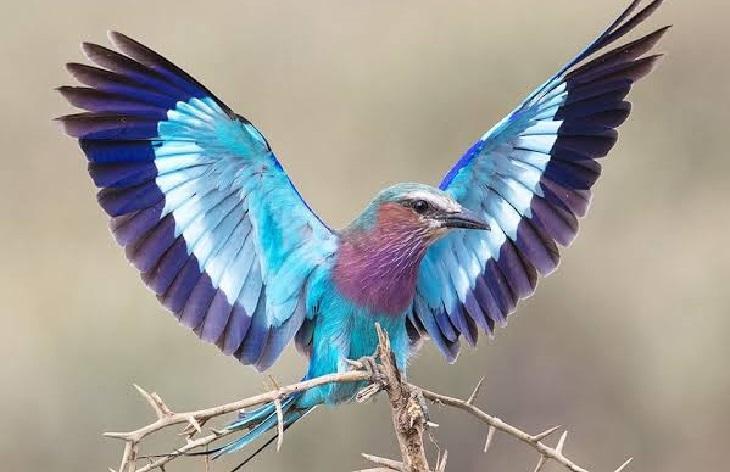