What is Lake Mburo National Park famous for?

What is Lake Mburo National Park famous for?

Lake Mburo National Park/Lake Mburo Tours is located in the Mbarara district of western Uganda, on the highway that connects the park with the capital, Kampala. Uganda’s smallest park, about 260 square kilometers and 228 kilometers by road from Kampala, stop at the commercial center of Mpanbile, an area selling traditional drums and kayabs on the equator. Lake Mburo National Park is the only park with an entire lake (Lake Mburo) within the park and is unique in Uganda as it is located in the shadow of Lake Victoria and Mount Rwenzori and has both dry and wet seasons. is. I experience years. Lake Mburo National Park comprises a beautiful landscape of dry hills, rocky outcrops, acacia trees, bushes, bushes, open and wooded savannah forests, wetlands, lakes, and a climate favorable to wildlife.

It has been. It is home to more than 70 species of his mammals, including the Burchell’s Zebra, which is found only in Uganda’s Lake Mburo National Park and Kidepo National Park. Over 350 species of predators including waterbuck, impala, topi, warthog, buffalo, giraffe, hippopotamus, monkey, leopard, striped jackal, white mongoose, brown parrot, crested francolin, African gray hornbill, southern red bishop and more Among other things, these features make Lake Mburo National Park a great destination for safari in Uganda.

This is an activity that involves driving within the park in a safari vehicle to different areas following the park tracks. Game drives are done in the savannah landscapes which contain a number of tracks like the zebra track which connects to Ruroko track junction through the thick acacia woodland with euphorbia species, olive trees and the wetland where you will view a number of birds and animal species like the zebras, eland, bushbucks, Oribi, Topi, reedbucks among others. You will have a chance to see primates like monkeys. The Kazuma track which passes through the grasslands with wood species where you will spot bird species like black-billed bustard, lakeside tracks which offer you an opportunity to view the swamps surrounding Lake Mburo, the aquatic bird species among others, the game drive to the Kazuma hill which allows you to explore the five lakes in the park.

Lake Mburo National Park has the day game drives which are best done in the morning to see animals and birds in their habitats and late afternoon to see animals going back to their resting habitats and the nocturnal game drives which gives visitors an opportunity to spot the nocturnal animals like leopards, bush babies, porcupines and takes around 1-2 hours. Game drives in Lake Mburo National Park take place all year round, best in the dry season when animals such as monkeys congregate in the roadsides, water bodies and marshes, and buffalo, hippos, eland and zebras drink water. Topi, oribi, antelope, warthog, impala, bushbuck, waterbuck, giraffe and more.

Lake Mburo National Park is home to 350 species of birds, including migratory, rare and resident birds, in areas such as the Warokiri Wetlands, where birds such as the Papyrus Gonorek, Bluehead Kukal, Militi along the Luonyo, and the Lubanga Forest can be found It is a destination for bird watching. Birds that have been sighted include shoebills, great reed warblers, crested francolin and brown parrots. Birdwatching at Lake Mburo can be done all year round and starts in the morning. It takes about 1-2 hours, and the best times for bird watching are June-July and November-April, when migratory birds are present.

Lake Mburo National Park has calm waters with wetlands bordering the lake. Home to a wide variety of animal, bird and plant species, visitors can cruise close to the animals and birds and see them clearly in habitat such as crocodiles, hippos, zebras and antelopes located on the water banks. You can drink water and see birds such as pelicans, herons, ospreys, hammer cops and cormorants. The boat departs from Luonyo Pier. The activity is run by the Uganda Wildlife Authority and takes approximately 2 hours.

This is an activity at Lake Mburo National Park that allows visitors to roam the park with armed guides and get a closer look at the animals. The nature walk starts around 7:00 in the morning and lasts about 2 hours. Hiking trails include Salt Lick Walks, where you can see animals that come to drink the salt water. Kazuma Hill with beautiful panoramic views of the lake where you can see animals such as hills, Precambrian rocks, savannah vegetation, acacia vegetation, hippos, hyenas, zebras, giraffes, elands, topis, species of birds and butterflies Trekking to, among other things.

Horseback riding is one of his interesting activities that can only be done in Lake Mburo National Park, where he rides horses in the park to observe different wildlife such as vegetation, primates and animals. Horseback riding activities arranged by Mihingo Safari Lodge provide visitors with up-close encounters with animals and last approximately one to three hours. There is also a night ride where the lodge provides overnight and dining tents. Animals can be seen more clearly during a game drive at close range than in a safari vehicle, making it a compelling activity to take on a safari in Lake Mburo National Park.

The community we visited around the park is the Banyankore, known for their nomadic pastoralists who raise traditional longhorn cattle. They offer visitors a variety of traditional activities such as traditional hand milking, treating sick cows, brushing cows, grazing cows, watering cows, roasting and smoking meat, and cleaning milk pots. I will teach you They are also known for cultivating banana plantations, performing various activities such as weeding, harvesting, harvesting, cooking bananas, and performing performances such as traditional songs and dances of the Enimebwa Cultural Center to attract people. Entertaining visitors during an encounter at the homestead.

Lake Mburo National Park offers a wide range of luxurious and affordable accommodations to ensure visitors have a comfortable safari experience, including Mihingo Safari Lodge, Mantana Tented Camp, Rwakobo Rock Lodge and Mpogo Safari Lodge. Lake Mburo National Park can be visited all year round. The best time to visit is during the dry season, from June to August and December to February, when the game congregates along the roadsides and can be observed in and around lakes and water sources on game drives. 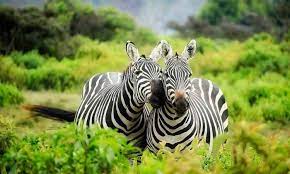 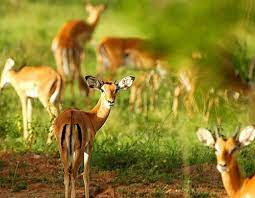 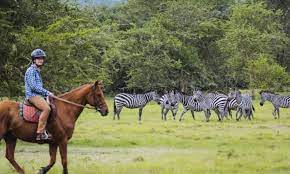