What is Queen Elizabeth national park famous for?

What is Queen Elizabeth national park famous for?

The second-largest and busiest national park in Uganda is called Queen Elizabeth National Park. It is situated in the western section of the country, in the districts of Kasese, Rubirizi, Kamwenge, and Rukungiri. This park is a fantastic place to go on an African safari or a safari in Uganda. It is located roughly 400 kilometers by road southwest of Kampala and has a total land area of 1978 square kilometers with elevations ranging from 900 meters to 1845 meters.

The Queen Elizabeth National Park is renowned for its wildlife and is home to over 600 bird species, 95 mammal species, including the big five mammals—African elephants, African cape buffaloes, hippos, leopards, and tree-climbing lions—that can be found in the Ishasha sector of the park, as well as primates like the common chimpanzee, vervet monkey, black and white colobus monkeys, among others, and over 600 bumblebe The Bunyaruguru crater, Ndali-kasenda crater near Kibale National Park, and Lake Katwe, a salt lake, are just a few of the three major crater lakes that make up the park’s volcanic characteristics.

The Queen Elizabeth National Park is renowned for its wildlife and is home to over 600 bird species, 95 mammal species, including the big five mammals—African elephants, African cape buffaloes, hippos, leopards, and tree-climbing lions—that can be found in the Ishasha sector of the park, as well as primates like the common chimpanzee, vervet monkey, black and white colobus monkeys, among others, and over 600 bumblebe The Bunyaruguru crater, Ndali-kasenda crater near Kibale National Park, and Lake Katwe, a salt lake, are just a few of the three major crater lakes that make up the park’s volcanic characteristics.

Visitors who enjoy bird watching on an African safari often go to Queen Elizabeth National Area very early in the morning to see numerous birds still in their nests. This park is recognized as a birders paradise. Queen Elizabeth National Park is home to more than 600 species of birds, and bird-watching sites or areas within the park include Kazinga Channel and waterfowl such as ospreys, yellow-finned bats, open storks, partridges and mule ducks doing. Bird species such as scarlet magpie, white-tailed pelican, flycatcher, shoebill, white-tailed eagle, white-tailed tern, and great reed warbler, as well as shaggy chestnut barbet, African emerald cuckoo, spotted tinker, and gray woodpecker in the forests of Caseny and Maramagambo doing. There are many others, including Katungulu Bridge, the Mweya Peninsula, open forests and meadows, rivers, flamingos, black-winged stilts, black-winged terns, abosets, seagulls and other birds such as Lake Katwe, and when is the best time for bird watching? From December to February.

One of the most exciting activities in Queen Elizabeth National Park, this activity takes place on the Kazinga Channel, which connects Lake Edward and Lake George. The boat trip is about 2 hours. During the activity, you’ll have the opportunity to see a variety of wildlife species, including herds of hippos growing to about 5,000, elephants, Nile crocodiles in the sun-warmed waters, buffalo, monitor lizards, waterfowl such as kingfishers, and fish. . Home to many animals, including eagles, pink pelicans, white-backed pelicans, white-headed plovers, spur-winged plovers, and African jacana, visitors can sail within meters of animals such as waterbucks, bushbucks, duikers, mongooses, and other exciting animals. You can enjoy cruising. Experience in Queen Elizabeth National Park.

This is an interactive and educational activity that allows you to see the lions up close than you would on a regular game drive and operates exclusively in Queen Elizabeth National Park. Lion chases take place every morning and late afternoon and last approximately 1-3 hours. In order to protect the lions, we are conducting surveys and limiting visitors. The Lion Chase Drive in Queen Elizabeth National Park allows researchers to step off the track and approach the lions no matter where they are in the park, making it a great place for visitors to take pictures. Also, track the lion with a radio collar. Spend more time with the lions and learn more about their habits.

Queen Elizabeth national park is a park where one can explore on foot the landscapes, wildlife and view different cenutrio species, tree species and many more, you can follow different walk trails in Queen Elizabeth including the guided Kyambura gorge trail where you will get to see the chimpanzees and other primates like monkeys, baboons, the butterflies, birds and a number of animals going to drink water, the guided Maramagambo forest trail where you will see beautiful crater lakes, birds, caves like the bat cave where you see large numbers of bats, the Kalinzu forest trail where you will see primates like the habituated chimpanzees, birds, animals among others, the Mongoose tracking trail on Mweya peninsula which is one of the interesting and less known activity in Queen Elizabeth national park, it takes around 1-3 hours and can be done with a guide and researchers and will see other wildlife like the birds, animals and hiking along the Ishasha river where you spot savannah and forest vegetation and also get close to the animals like hippos, elephants, water bucks and many others hence giving you a memorable, thrilling and interesting safari in Queen Elizabeth National Park.

This is an activity where the visitors get to experience how different communities around the park live and Queen Elizabeth national park offers the best cultural encounters experiences with several cultural groups in Uganda including the Kikorongo women community, Nyanzibiri cave community, Katwe tourism information center among others. Visitors will be able to visit the volcanic crater lakes, historic caves, cultural museums, how people survive on Katwe salt lake, mining process, traditional art and craft like baskets, bowls, beads, cultural performances like songs, dances, also visit the fishing villages along the Kazinga channel and Lake George and take part in sport fishing, boat racing, can also order for a fish snack while at the lake and many others which gives a visitor a great experience on lifestyles and habits of other cultures.

While on a safari in Queen Elizabeth national park there are a number of luxury, budget, and campamento sites lodges that can make your safari more comfortable in terms of beautiful scenery, good ambiance, delicious meals, good relaxation after a safari among others and they include Mweya safari lodge, Park View Safari Lodge, Ishasha wilderness camp, Elephant Hab Lodge, Kyambura Uganda safari, Ishasha Bandas, Maramagambo Camp and many others. Queen Elizabeth national park can be visited throughout the year and the best time to visit is between March to May and August to December when the environment is beautiful. 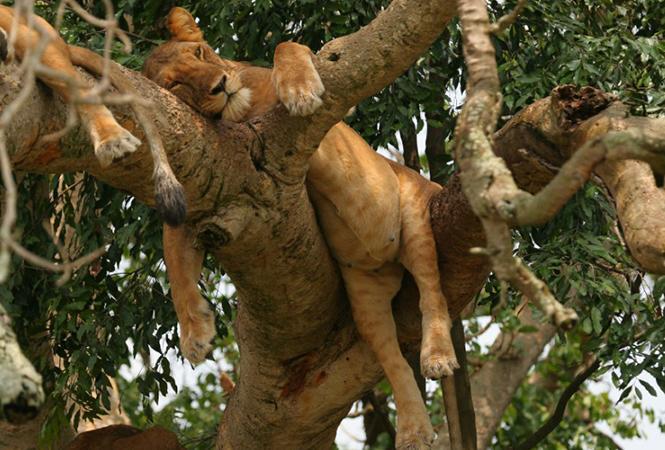 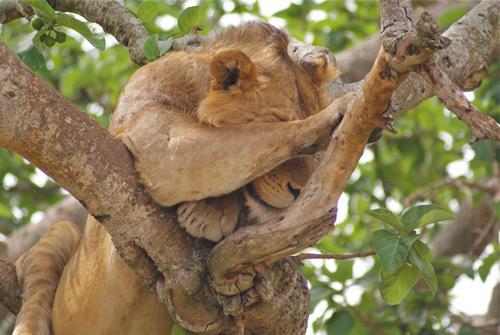