You’ll be gathered from the air terminal.
Kindly NOTE: Accommodation before the visit starts can be sorted out for an additional expense.

Natural surroundings: Montane woods Porters will be seen organizing and stacking their packs, containing the food, water, cooking gas along with the majority of your gear. Ensure that you have all your day-pack things (containing essentially drinking water, your lunch pack and additional dress) with you, as the watchmen rise a great deal speedier than the explorers.

Our aides will be accessible to help with any extra data or necessities you could have. You presently leave the Park door and rise on a cleared edge trail through the tropical jungle.
Your most memorable night stop, Mandara cottage, comprising of a gathering of wooden A-outlined cabins in a backwoods clearing. Every hovel highlights 6-8 dozing bunks with sun based created lighting. The all out limit of the camp is 60 climbers. Water is funneled into the camp from springs above and there are flush latrines behind the fundamental cabin. Supper is ready by our cook and served in a common eating wreck.

From Mandara cabin the path goes through a short stretch of timberland, skirts the foundation of the Maundi Crater and afterward arises into the progress from tropical jungle to moorland. It is definitely worth a short diversion to scramble up the edge of the Maundi Crater for your most memorable truly noteworthy perspective on the Kibo Crater. On a crisp morning, Kibo will glint somewhere far off, flaunting her grand ice sheets toward the beginning of the day sun.
When you are in the open moorland you will be able to see a portion of Kilimanjaro’s most tremendous plants – the endemic goliath lobelia which grows up to 3 m in level and the goliath groundsel (Senecia Kilimanjari), which can arrive at levels of 5m! After around 6 hours journey from here, you arrive at the Horombo cabin, where you will have a warm bowl of washing water, rest; a night dinner and short-term.

After breakfast you currently proceed with your rising into the Alpine desert territory. From Horombo there are two paths to the “Seat” (which alludes to the area situated between the pinnacles of Mawenzi and Kibo). There is an upper course (right hand fork) and lower course (left hand fork
Arranged in the desolate Alpine desert is Kibo cabin, a stone form block house which has cots for 60 climbers, however no streams with water close by. Purchasing mineral water and soda pops at the camp office is anyway conceivable. There are stage latrines behind the cottage.

The culmination is presently a further 1195m up and you will make your last rising that very night. Set up your hardware, ski-stick and warm attire for your culmination bid. This ought to incorporate the substitution of your headlamp and camera batteries and ensure you have an extra set accessible too. To forestall freezing conveying your water in a warm flask will be savvy. Hit the hay at indirect 19h00 and attempt to get however much rest and rest as could be expected.

You will ascend around 23h20, and after a few tea and rolls you mix off into the evening, and this is where the going truly gets extreme. The primary part of the path comprises of a rough way to the Hans Meyer Cave (5150m), likewise a decent resting spot. The way then, at that point, crisscrosses up to Gillman’s point (5 681m), which is situated on the cavity edge. This part is extremely steep with a ton of stone scree, requiring an incredible physical and mental exertion. This is likely the most requesting part of the whole course. Do the Kili mix and move gradually.
From Gillmans Point you will typically experience snow as far as possible up to Uhuru top the most elevated point in Africa. All out thrill and fulfillment – you made it. Atmospheric conditions on the culmination can decide what amount of time you will spend, requiring for photos. The re-visitation of Horombo cottage will appear to be shockingly quick contrasted with the climb. The complete 14 spent so be ready for an extremely intense day. Later at night you partake in your last supper.

After breakfast you proceed with your plunge (6 hours), passing the Mandara cottage, down to the Marangu door. It is emphatically prescribed not to pay your watchmen any tips until you and all your stuff have arrived at the entryway securely. Click here for more data on tips. At Marangu entryway you sign your name and subtleties in a register. This is likewise where effective climbers accept their highest point testaments. Those climbers who arrived at Gillman’s Point (5685m) are given with green testaments and the people who arrived at Uhuru Peak (5895m), get gold authentications. You currently drive back to Moshi for a very much past due hot shower, supper and festivities Overnight at the Parkview motel lodging moshi.

This day after you had the morning meal at the lodging you begin stopping your staff and prepared for your exchange toward kilimanjaro air terminal for your outbound flight or addon for the safari or to ocean side occasion to zanzibar. 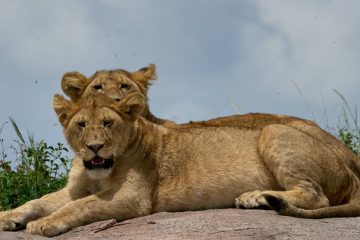 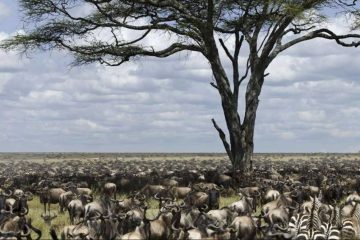 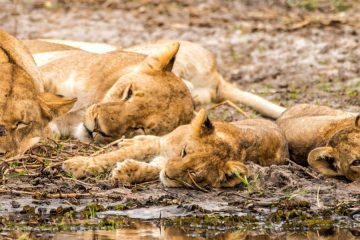 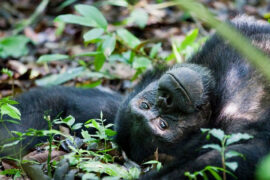 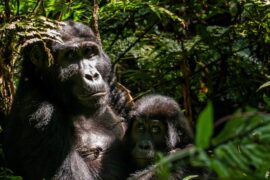 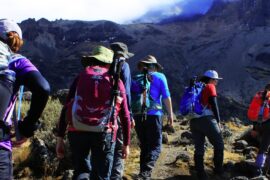 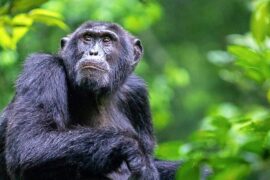